If you think retail is tough, you are right. The change in consumer behaviour towards spending has impacted retail significantly. Consumers have become savvier with the open global platform the internet has provided, but there are also other major factors. The volume in sales has decreased in retail and everyone is feeling the pinch. The evidence is everywhere.

So what attributed to the shift in consumer behavior and was it always so?

Probably – but it is worse now.  I identify the Global Financial Crisis (GFC) as the turning point, or the Great Recession as it is also known. While Australia escaped the GFC (in theory) better than other countries, the hangover has resulted in a distinct collapse in consumer confidence. At the time Australians were receiving their $900 cheques, and interest rates were in free-fall, anecdotal evidence suggested that money and those rate cuts were being used to pay off debt. Consumers had no confidence that the good times would return. That was almost a decade ago, but a pattern of behavior was established: frugal is the new black. Retailers were the first to pay the price, not only in Australia, but globally. And it is still the case today.

On my last trip to the US, discounting in one major department store verged on stalking, such was their persistence. In fact, it was embarrassing that this global store – an icon – had to resort to practically begging consumers to buy their product even in their ‘engine room’ (cosmetics and beauty). But no one should be surprised; since the GFC, the crisis of confidence has piled up. Jobless recoveries, sluggish global growth, deteriorating terms of trade, endless deficits, economic collapse among EU members (those that will remain at least), unstable governments and this list continues. Perhaps there has been more emotional damage to the consumer than we thought, from which recovery will be slow.

“A lot of people have post-traumatic stress disorder when it comes to spending,” according to Todd Knoop, an economist at Cornell College. Quoted in The Business of Fashion, Knoop says “the economy has evolved more quickly than people’s [thoughts] on how the economy is doing”. The consequence is that the recession trained consumers to think differently about pricing through to season-end fire sales, near continual markdowns and an increase in off-price retail channels; consumers expect virtually everything to eventually go on sale.

US based, retail and fashion consultant, Robert Bourke thinks “the increase in promotions has had a ripple effect” from the bargain hunter up, so where once “the luxury shopper used to be embarrassed to compare price or ask about price, it’s commonplace today”. One theory is that since the recession the value of marquee brands as a status symbol has declined, reflecting a shift in consumer values away from conspicuous, label led consumption. Luxury sales in China particularly have taken a dramatic drop. In an article lamenting the drop in luxury sales in China in usnews.com, it was reported Burberry’s adjusted profit before tax was down 10 percent in its most recent fiscal year, which ended March 31, and Prada’s sales dropped 8 percent at constant exchange rates in 2015. Prada’s net sales in the Greater China region, meanwhile, were down 22 percent. Earnings reports released by Burberry and Richemont were also notably weak, as the gloom that enveloped the luxury market for much of last year appears to be stubbornly lingering.

So what was the reason?

Much of the Asian continent’s luxury weakness has been attributed to economic volatility in China, which in 2015 suffered its worst year for economic expansion in two and a half decades. Consumers, especially those with more expendable income, are now wedded to buying fewer items of higher quality. The theory being that consumers have shifted their spending from ‘things’ to ‘experiences’ and have become more discerning.

Gabriella Santaniello, retail analyst at A Line Partners, sees this flow-on effect throughout the value chain, from cautious consumers to overly cautious buyers. Conservatism has taken hold. “Retailers are afraid of making a statement,” Santaniello says. “We’ve been looking at the same trends for the past five years.” When retailers do adopt a new look — such as the off-the-shoulder blouse — they tend push every brand to offer their own version, creating more homogeneity within the store.

Homogeneity in fashion is a big problem in the industry; exclusivity and uniqueness is something the industry is seeing less of. Or, to paraphrase ‘The Incredibles’: if everyone’s unique, no one’s unique.

For our survival beyond shopping mall and the global Spanish powerhouse chain store like ZARA, there is an urgent need for more brands to get consumers excited about beautiful products which retail at the ‘right’ retail price to ensure retailers can get strong sell through, so there is minimal discounting involved.  This is true particularly for brands that supply independent retailers, who are operating on lower margins.  With the current retail market,  buyers are likely being too conservative in their buying, for fear of being overstocked which is legitimate concern, but is this also creating a catch 22 of creating a ‘too safe’ approach of limited product choice? Whether you see yourself as in the business of fashion or the business of clothing, a sale is a sale. Money talks.

Herein lies a further challenge: is there a benefit to being the first mover in the market? Is it worth the risk? Is it worth holding your line and not putting up the ‘reduced’ sign?

As Garland & Garland Fashion expanded to incorporate fashion consulting and mentoring to brands, I am still a little shocked by the lack of research undertaken by new emerging apparel brands to understand this new consumer way of spending, and to understand those price points that offer strong value and volume at retail, while still offering a quality a beautiful commercial product that consumers fall in love with instantly. While I don’t pretend from a manufacturing point of view for brands this happens overnight finding the right supply chains, particularly with small operators, the catch 22 also lies in the fact if you don’t get the volume sales, you don’t get the volume prices to be able to sell it a cheaper price at retail.

Understanding consumers and their concept of value is fundamental. As I’ve written before, offering value doesn’t mean being cheap; offering value means just that. Offering good value. A product the consumer loves enough to purchase at full price without blinking.  The minute a consumer says ‘they will think about it’ they are questioning the value of the product.  Like smoking, it’s an easy habit to form and a hard one to break. 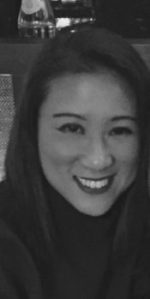 About the Author, Phoebes Garland

Phoebes Garland is the Co-founder & Co-owner of Garland & Garland Fashion, a boutique leading fashion & consultancy agency  based in Sydney and  Fashion Initiative. Between the two of them, Phoebes & Robert Garland have over 60 years sales experience in fashion, publishing and advertising. Phoebes is an industry mentor to designers with Australian fashion industry body, Australian Fashion Chamber and is on the Advisory Board for Fashion Design Studio (TAFE NSW).