We were recently offered the chance to stock some popular youth apparel labels for retailing. These are strong brands that have proven themselves at retail on a global scale. The offer also came from a trusted industry player who also happens to be family. It was an irresistible opportunity well worth deep consideration. So I hit the web and began searching through listings of high traffic areas in Sydney’s CBD.

Some examples include Martin Place: $480,000 for 250 square metres. Another example was 52 metres square in another high traffic area for $6000 per week plus outgoings. Granted these are the premium end, but the story is little better away from the CBD. Surry Hills, the North Shore and even Cronulla offer little encouragement to the entrepreneur. And if you can find reasonable rents, forget about passing traffic.

Believe it or not, it would be cheaper for us to establish a shop front in Milan, Tokyo or Zurich where retail space is cheaper. Yes, cheaper!

According to a report in Property Observer in November 2014, Pitt Street in Sydney is the fifth most expensive shopping district in the world. Only New York’s Upper 5th Avenue (US$3,500 per square foot per year), Hong Kong’s Causeway Bay shopping district, the Champs Elysees in Paris and London’s New Bond Street are more expensive. For the record, Pitt Street comes in at US$1016 per square foot. And last year rents rose 25 per cent.

And then there’s Oxford Street. One of Sydney’s famed shopping strips is one of the biggest tragedies in Australian retail. For the last 10 years it has been on the decline, and has seen some of Sydney’s most established retailers of over 20 years closing their doors. The one part, which seems to be thriving, is The Intersection, (corner of Glenmore Road & Oxford Street) which the savvy property developer, Theo Onisforou owns the majority of properties and has fought hard for it to become a thriving retail strip. 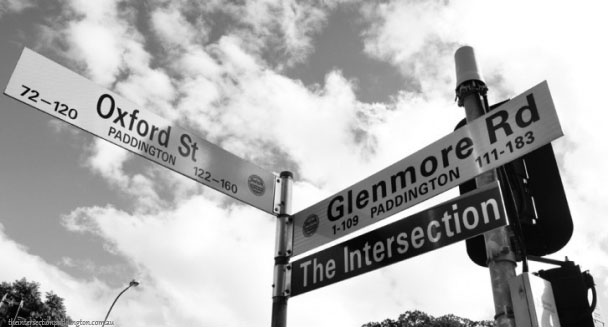 The Clearways on Oxford Street ensure no one can stop within walking distance of your front door, not to mention peak hour traffic between 3PM and 6 PM is great for buses but not your customers. And then you’ve got parking inspectors pinging your customers. Believe it or not some landlords still want to lock in leases for 3-5 years on this strip. Good luck with that, when you have the 5 shops next to it vacant.

A quick run through of leasing sites makes it startlingly clear why so many wholesale retail accounts are in the country or outer suburban areas where the rent is somewhat palatable. Or they are owner occupied. It no longer makes commercial sense to be an inner city retailer.

Essentially retail and consumer confidence has never really recovered from the GFC. Retail could be best described as inconsistent. High rents are one of the main reasons for the demise of so many retail accounts, especially the independents. How independents survive in shopping centres today is one of the world’s great mysteries. And it’s no secret the shopping centres aren’t particularly interested in having independents as tenants, with one report of a shopping centre recently wiping out 12 small shops to make room for a ZARA. Another large shopping centre doubled the rent for an independent when their lease was up with full instructions for a full shop fit, when they naturally walked away, they heard it was then offered it a national retailer at half the price.

Even the national retailers aren’t immune to high rents, with many closing or getting out of areas replaced by large global vertical operators. When you see vertical retailers leaving, it gives some indication to the state of retail sales versus the cost of doing business in today’s retailing climate.

As a fellow rag trader told me: “I spent 25 years in business literally just paying the rent and getting into debt for the rent in Sydney. It was so very difficult and frustrating. A Sydney commercial property specialist explained to me a few years ago it was better to leave a retail space empty than to rent it for a lower price because lower price rent devalues the property in relation to the mortgage. On the other hand, unrented periods are booked.”

There has to be a better way. But it won’t start with landlords. It won’t start with councils. It won’t start with retailers. It starts with all of us. The relationship between the retailer and the landlord is the same as the relationship between the retailer and the wholesaler: it’s a relationship and all parties must come to the realization that we’re in it together and will stand or fall in unison. Councils are not innocent bystanders. They need to realise that nothing kills an area faster than the rattle of a bus passing an empty shopping strip. A depressing drive down once-thriving Parramatta Road should make that clear. Councils need to ask themselves whether their suburb is going to be a hub of activity or a thoroughfare to a shopping centre in another suburb. I would have thought it was an easy decision. 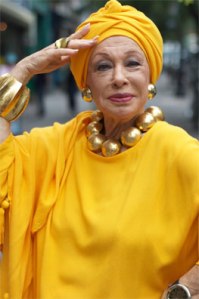 *In last month’s article “The Hidden Highlights of New York Fashion” I wrote about “Off Broadway Boutique” in New York and the fabulous owner, Lynn Dell – “The Countess of Glamour” – who has owned the boutique for over 42 years. I was terribly saddened to hear Lynn Dell had a fall recently and suffered a serious brain injury and later died within weeks of my article being published at the age of 82. I am so grateful to have visited her wonderful boutique and have written about this incredible lady and her business. I only hope someone continues on with it. May this wonderful lady rest in peace.

Please see the tribute from Ari Cohen, of Advanced Style to his friend, Lynn Dell who starred in his documentary, blog and book.

Described as a” Power Agent” by Ragtrader Magazine. Between the two of them, Phoebes & Robert Garland have over 50 years sales experience in fashion, publishing and advertising.  Phoebes is on the Advisory Board for Fashion Design Studio (Sydney Tafe) in 2015 and is an industry mentor to designers with industry body Australian Fashion Chamber. Garland & Garland Fashion is a respected leading boutique fashion agency based in Sydney and they are regularly sought for comment from various media and the fashion industry on business fashion topics, fashion and issues.