Reminiscent of a Spanish flamenco performer, exaggerated ruffles have been a major feature for Spring 2013 from Gucci to Givenchy.

It was overtly sexy at Balenciaga with a super thigh high split skirt that featured stiff ruffles taken from a Cristobal dress circa 1968.

Gucci went ultra glam with soft, wave like ruffles that almost floated across the body and arms, from luxurious floorlength evening wear to chic casual dresses for that cool cocktail party by the pool in Monaco. 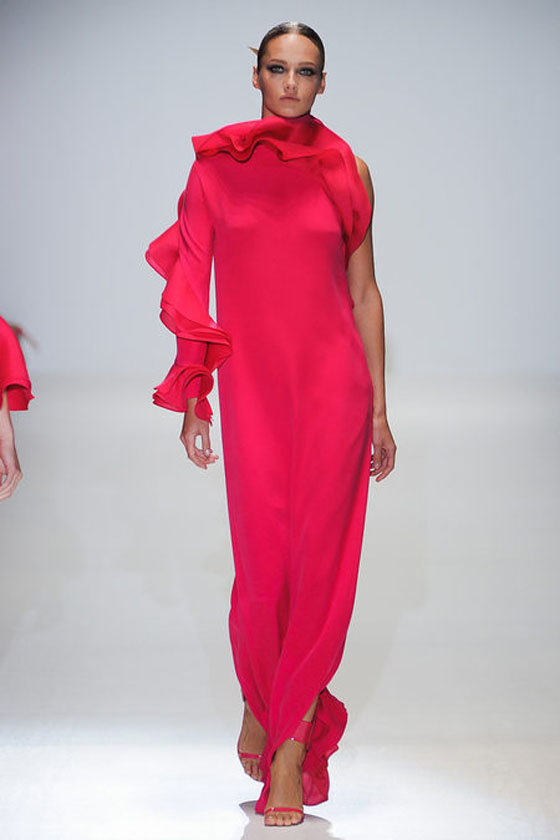 But at Paris Fashion Week today, Givenchy gave the ruffle a gothic touch in sheer organza and heavy silks in a monotone palate.

What do you think of the ruffles trend?