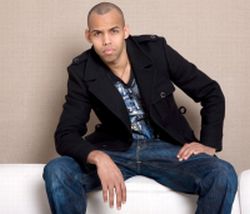 Designed by New York originated designer Leo Gonzalez (pictured left), the brand is the creation of a Perth based duo that comprises Gonzalez himself and business partner Ceydia Jenc. It has already clinched a covetable sponsorship deal with singer song writer Alex Cuba who will wear a pair of Labyrinth shoes when he appears at the upcoming Grammy Awards in February. Cuba will also be promoting the brand via his website.

“Pitched at the premium end of the market, the shoes are made only of quality and natural materials including grain leather, canvas, nubuck and even some patent leather,” he said, adding that colours for the inaugural range, including purples, white and red shades, reflected hot upcoming seasonal trends. 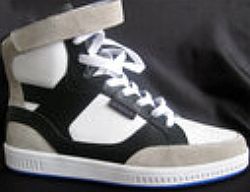 Born in Brazil and of Dominican descent, Gonzalez has worked as a designer in New York since his arrival there in 1990, with clients including brand names such as Puma.

“Being from New York, I think there is definitely a gap in the market for street and casual footwear that has a bit of flair to it, and that can offer the market something a little bit different.”

Labyrinth will be showcased at The Australian Shoe Fair from 11-13 February 2011at Sydney Exhibition Centre.