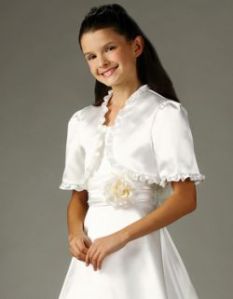 Queensland children’s formalwear specialist Execukids will be showcasing its unique offer for the first time at the forthcoming instalment of Fashion Exposed Sydney.

Execukids director Phillip Buckland confirmed the company, which launched five years ago, had expanded rapidly due to a combination of quality product and accessible prices.

“There aren’t many companies in the market that specialise in children’s formalwear, so we’re definitely occupying a good niche. We also offer very high quality clothing, in particular for our boys’ suits, and our prices are extremely competitive.”

“We’ve got over 200 stockists across Australia, and we’re hoping to get our name out there and promote our brand more widely by showing at Fashion Exposed.”

With a stockist base comprising 75 per cent bridalwear retailers and 25 per cent childrenswear retailers, Execukids planned to showcase its established offer to stockists in both sectors at the fair, while also promoting new launches, Buckland said.

Execukids will be on display at Fashion Exposed, Sydney Exhibition Centre, from 6-8 March 2011.