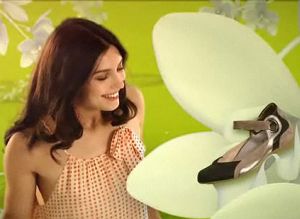 The newly re-named Ziera brand, formerly known as Kumfs, is expecting a boost to its sales and expansion into new markets following its recent re-brand and retail rollout.

Ziera managing director Andrew Robertson confirmed the New Zealand based company had been considering a new name to capture new markets for some time. By the end of this month all its New Zealand and Australian stores would be renamed and branded Ziera, he added.

Ziera re-launched this month with an advertising campaign reflecting its new branding, an increased focus on fashion and a more youthful message. However, as reported by the New Zealand Herald, while the new improved brand would offer more stylish shoes, it would still retain Kumf’s comfort and health propositions.

“The target market hasn’t really changed as age is just a number and it’s more about attitude; it’s for [the woman] who has done the fashion victim thing and wants to be comfortable but really needs that mix of fashion, style and comfort,” Robertson said.

The company also aimed to triple its global sales to over $200 million over the next five years by expanding into the US and China, with plans to expand its franchised stores from 43 to 125 as well as produce 1.5 million shoes by 2015.

With a heritage dating back to the 1930s, Robertson represents the third generation of the   family owned business behind Ziera as the grandson of original co-founder David Robertson.