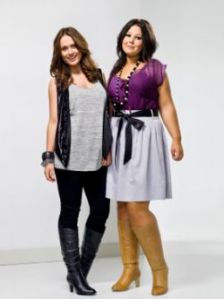 Bennetts Boots is thinking big, having recently re-branded on the back of releasing what it believes is the largest wide calf boot collection in the world, as well as expanding both locally and overseas.

Founder Amanda Bennetts said the brand was expecting delivery of nine new boot styles during May and had more than tripled its staff in the past two months to cope with the current growth spurt.

With a new store having opened last week in Richmond, Melbourne, recent weeks had also seen the brand expand into New Zealand. Bennetts had also doubled the number of Australian stores stocking its ranges this year compared to last year, primarily due to burgeoning demand for its specialised product.

“The business is growing rapidly due to so many women talking about us and being so happy they can finally get fashionable quality boots that fit,” Bennetts said.

Expansion plans didn’t stop across the Tasman however.

“We are planning on stocking a few hundred stores across Australia in the next year or so and opening another Bennetts Boots store in Sydney early next year. We are also expanding the range into selected countries in Europe and America. We already have the largest collection in the world and now we plan to become world renowned as the experts in Wide Calf Boots, we are already on the way with many direct sales online.”

Confirmed to showcase its expanded range at Australian Shoe Fair in Melbourne this August, Bennetts was well positioned to capitalise on exposure at the fair.

“In previous years we sold out too quickly to have any more stores stocking our range. This year, along with the re-branding we have systemised our warehouse so that we can move more stock faster and hopefully keep up with increasing demand for our boots. As a result we are now looking at getting new stores on board to sell our range.”

According to recent media reports, Bennetts rapid expansion has been partially driven by a new co-owner. As of March 2010 private investor Roger Langley now owns one third of the Bennetts Boots business.