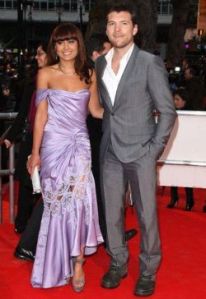 Discount footwear brand Payless Shoes has witnessed a dramatic sales spike of one of its menswear styles, after Australian actor Sam Worthington was photographed wearing a pair to the Oscars last month.

The Avatar star – who favoured the Payless pair of shoes reportedly priced around $20 over a designer pair provided by his stylist – is said to have described his new status as the ‘Payless poster boy’ as “kind of cool.”

“I went with what was comfortable and [Payless] was the closest store.”

The shoes worn by Worthington reportedly sold out soon after he was snapped wearing them.