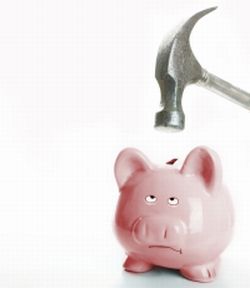 The Australian Retailers’ Index analyses the Sensis Business Index results for businesses in the retail sector, providing a snapshot of the retail sector every quarter in the following categories: retailer confidence; retailer concerns; sales, profitability and employment; capital expenditure; wages and prices and assessment of Federal Government policies.

ARA executive director Russell Zimmerman said falls in confidence over December, January and February, along with concerns about the economic climate and consumer spend, indicated retailers were still struggling to recover from the downturn.

“The results of the March ARA Australian Retailers Index indicate there is a long way to go before retailers fully recover to ‘business as usual’ after the GFC. Right now small to medium retailers are telling us they’re suffering more than SMEs in any other industry

“Major concerns for the sector include lack of sales (13 per cent) and cash flow (13 per cent). However, the most common concern for Australian retailers this quarter was the economic climate, including ‘people not spending’, which was reported as a problem by 16 per cent of retail SMEs.

“The level of concern retailers still have about economic conditions is driven by disappointing sales and profitability. After an eight point drop in sales in the December quarter, retail sales performance has improved slightly in the past quarter, up two percentage points to a balance of negative 11 per cent. This was the lowest sales result for any sector.

“In line with the small improvement in sales performance, retailers reported a five point increase in profitability performance resulting in a balance of negative 17 per cent. This means there are still more retailers (40 per cent) experiencing declines in profitability than increases (23 per cent) and looking ahead, the profitability expectations of retail SMEs were the lowest of any industry sector.