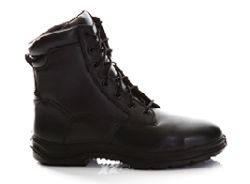 Adding Oliver’s sales to those of KSW’s Australian business would give the combined entity a greater relative market share lead, Oliver said, while also creating opportunities for selling Oliver branded safety footwear and products via KSW’s distribution channels outside Australia. These cover Asia, the Middle East and Europe.

Meanwhile Oliver’s export clients were set to benefit from the alliance, with greater access to the full range of Oliver safety footwear through KSW’s international distribution channels.

Oliver Footwear’s management and workers will continue in their respective positions. Distributors have also been assured of ‘business as usual’ and no change to their current supply of safety footwear as a result of the merger.