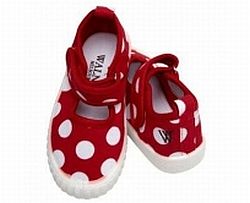 Children’s footwear brand Walnut Melbourne plans to showcase an expanded range when it makes its first appearance at AUSTRALIAN SHOE FAIR in Sydney. Walnut’s Sophie Carnegie confirmed the company, which recently launched a women’s range, would significantly expand the line while also growing its kid’s offer.

“We launched a small range of ladies shoes six months ago, with so many kids’ mothers loving the shoes and asking ‘when are you going to do them for us?’ The ladies’ shoes are selling incredibly well and could even overtake the children’s shoes.”

Priced $39.95 a pair for summer styles and ranging from $64 to $99 for more worked winter styles, the women’s range at AUSTRALIAN SHOE FAIR would comprise around 20 styles, Carnegie confirmed, adding that around 30 styles of Walnut’s kid’s shoes would also be on display. 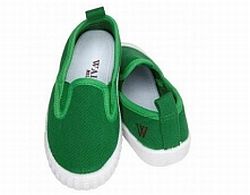 Walnut Melbourne was established in January 2007 to create playful, fun and practical shoes that were “the affordable choice for the modern parent who doesn’t want to compromise on style.”

Stocked in around 250 independent stores, as well as 37 David Jones sites and specialist kids chains, the brand was hoping to enter new markets, through attendance at the AUSTRALIAN SHOE FAIR, Carnegie confirmed.

“Until now we’ve been focusing on clothing or gift stores, which bought the range as an add-on. Now, because of the great depth of our offer, we’re hoping to target footwear retailers.”

Walnut Melbourne will be showcased at the AUSTRALIAN SHOE FAIR, from 14-16 February 2010 at the Sydney Exhibition Centre.